In previous eras, each of which contained a number of successive generations, people had enough time to adapt to any changes. In terms of assimilation of technologies, humanity has changed incrementally, by changing generations, in much the same way as a shellfish exchanges its shell to gain new abilities. In the contemporary moment, to use the same metaphor, the fast-growing mollusk has to live simultaneously in an old shell that no longer fits and in a new one that is rapidly getting too small. The task is too difficult as it is, especially considering the genetic code of the mollusk does not contain any algorithm for switching its mode of growth from “changing shells” to “living in nested shells.”

Without the natural timescale of gradual generational change, people experience stresses caused by clashes with too much newness. Alvin Toffler (1965) described such clashes with the future that squeezes the present as follows:

Such massive changes, coming with increasing velocity, will disorient, bewilder, and crush many people. . . . Even the most educated people today operate on the assumption that society is relatively static. At best they attempt to plan by making simple straight-line projects of present-day trends. The result is unreadiness to meet the future when it arrives. In short, future shock. (Toffler, 1965)

The book in which Toffler later developed these ideas was titled Future Shock and was published in 1970. In 2013, Douglas Rushkoff titled his book Present Shock: When Everything Happens Now. Between these two dates, the time has been accelerating so intensely that the future has overtaken the present and has rushed into the present day.

Ray Kurzweil devotes a significant part of his The Singularity Is Near: When Humans Transcend Biology to the clarification of the time acceleration phenomenon. In particular, he writes:

The ongoing acceleration of technology is the implication and inevitable result of what I call the law of accelerating returns, which describes the acceleration of the pace of and the exponential growth of the products of an evolutionary process. (Kurzweil, 2005, Kindle Locations 872)

Human progress has always been exponential, as Kurzweil points out in the chapter entitled “The Intuitive Linear View versus the Historical Exponential View.” But in the early stages of this progress, the growth curve was rather flat:

Exponential growth is seductive, starting out slowly and virtually unnoticeably, but beyond the knee of the curve it turns explosive and profoundly transformative. The future is widely misunderstood. (Kurzweil, 2005, Kindle Location 410)

That early long “flat” phase of the exponential growth has shaped a linear perception of time for humanity. Throughout the millennia and until now, we have only been familiar with such a perception of time and history. It is therefore not surprising that people expect the same pace of time and events in the future as there was before. We simply don’t have any other mode of time perception.

Exponential trends did exist one thousand years ago, but they were at that very early stage in which they were so flat and so slow that they looked like no trend at all. As a result, observers’ expectation of an unchanged future was fulfilled. Today, we anticipate continuous technological progress and the social repercussions that follow. But the future will be far more surprising than most people realize, because few observers have truly internalized the implications of the fact that the rate of change itself is accelerating. Most long-range forecasts of what is technically feasible in future time periods dramatically underestimate the power of future developments because they are based on what I call the “intuitive linear” view of history rather than the “historical exponential” view. (Kurzweil, ibid., Kindle Location 411-416)

Because of our willingness to extrapolate the old-time perception into the accelerating future, we see the digital revolution in the same way as the industrial one – as the technological shift that agitates society but will finally lead to a new relatively stable period.

But that is not the case anymore. Changes are so frequent now that their sequence contains no pauses. Separate technological explosions, which used to happen pretty rarely, have become like the roar of an engine: the sound originates as a staccato but, in accelerating, creates the impression of one sustained sound. Ahead is not a new era waiting for us but a permanent roar of accelerated booms; a ceaseless change of eras accelerating even over previous accelerations.

Humanity simply has no time for digital evolution. History has given a digital being thirty-some years to evolve, which is exactly the term that, for sociologists, constitutes a generation.

Thinkers are trying to develop a new attitude to accelerated time. Thus, Douglas Rushkoff in his Present Shock discusses the concept of “Long Now,” advanced by Stewart Brand:

The concept of the long now too easily fails us because it compares different scales of time instead of different kinds of time… It’s less of a Long Now than a Short Forever…. Instead of a contemplative long now, we get an obsessive short forever. (Rushkoff, 2013, Kindle Locations 1998-1999, 1931, 1997-1998) 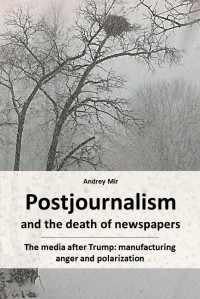 It is extremely fascinating to sort the nuances of a new mode of historical and social time but, from the perspective of regular people, everything that is going on is a malfunction of time. It is not the good old Shakespearian time’s malfunction, “The time is out of joint”, which is what has been pretty familiar to people. Now, it is “The time is jammed”.

Humanity has to rearrange itself for the new temporal mode. Change has ceased to be the interlayer between stable states. Now change itself is the stable state.

The stresses induced by rapid technological changes have been known to people. Humanity has had an experience of technological shifts. But humanity has never had an experience of its temporal mode changing, as has happened in the process of an era becoming shorter than a generation. The ongoing temporal shock is a unique phenomenon. It is unthinkable that the experience of everyday routine might be switched from a linear time perception to an exponential time perception; this contradicts the laws of physics. Only philosophical hypotheses are able to explain this phenomenon, but philosophy can only console the few.

The compression of social — and as a consequence, of historical — time is one of two main characteristics of the new digital world: the technological shock and the temporal shock.