When Herman and Chomsky described their Propaganda model, the news media were paid predominantly by advertisers and therefore tended to beautify reality. But advertising is gone. The media try to attract reader revenue. But this is a very peculiar reader revenue. It is not transactional; readers do not buy the news, as they already know news from their social media newsfeeds. The audience of the media turns into a donating audience that is solicited to support journalism, not to buy news.

Being forced to seek financial support from the audience, not advertisers, the media no longer need to beautify reality. Quite opposite, the news media are economically incentivized to dramatize the agenda and seek for triggers making the audience to support the value-validation and value-promotion functions of journalism. This is a completely different propaganda model, comparing to that described by Herman and Chomsky.

Herman and Chomsky introduced a propaganda model that “traces the routes by which money and power are able to filter out the news fit to print, marginalize dissent, and allow the government and dominant private interests to get their messages across to the public” (Herman & Chomsky, 2002 [1988], p. 2). They singled out five filters that “interact with and reinforce one another” (in the quote, I split the filters into different paragraphs for visual clarity – A.M.):

The essential ingredients of our propaganda model, or set of news “filters,” fall under the following headings: (1) the size, concentrated ownership, owner wealth, and profit orientation of the dominant mass-media firms; (2) advertising as the primary income source of the mass media; (3) the reliance of the media on information provided by government, business, and “experts” funded and approved by these primary sources and agents of power; (4) “flak” as a means of disciplining the media; and (5) “anticommunism” as a national religion and control mechanism. These elements interact with and reinforce one another. (Herman & Chomsky, 2002 [1988], p. 2.)

The Propaganda model worked particularly well when it was used to analyze the conjoined stances of the mainstream media regarding American foreign policy. The applicability of the PM in this regard was fascinating. Herman and Chomsky used their filters to show, with meticulously calculated numbers of mentions and profound discourse analysis, how differently (but jointly) the media in 1970–80s treated seemingly similar events, such as wars, elections or assassination attempts, depending on whether the American ruling elites were friendly to the regimes or proprietors responsible for those events (or allegedly responsible).

Herman and Chomsky’s classic definition of the media, with which they opened their Manufacturing Consent, goes as follows:

The mass media serve as a system for communicating messages and symbols to the general populace. It is their function to amuse, entertain, and inform, and to inculcate individuals with the values, beliefs, and codes of behavior that will integrate them into the institutional structures of the larger society. (Herman & Chomsky, 2002 [1988], p. 1.)

It is noteworthy that they started their list of the mass media’s functions with “amuse” and “entertain” before “inform.” This, of course, exposes a critical political economy approach to the media, essentially a Marxist one, that was prevalent in the political economy of communications of the late 20th century.

The view that the capitalist mainstream media is ‘infotainment’ is still dominant in critical media theories. However, criticizing the mass media for being entertaining instead of informative is no longer relevant. Entertaining has been stolen from the media by the internet, together with advertising money.

Advertising as the main source of revenue for the media has gone. News retail as a sustainable business is fading, too. The reader money still coming to newspapers can be broken down into four categories:

Other old media – radio and TV – exploit equivalent motives for consumption of their product, but they just monetize them differently, through cable subscription or advertising, though these are also declining. 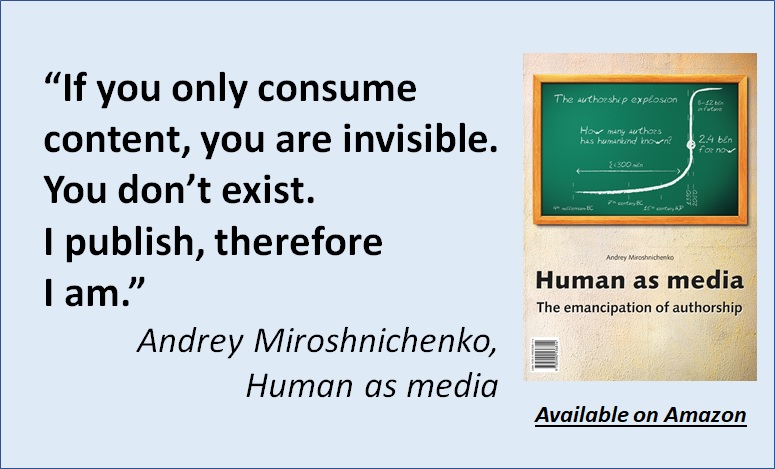 The main motives for readers to pay for news content (or to spare their time, which then gets converted into ad money on radio and TV) relate to news impact, not news consumption. Subscription becomes a payment-for-impact. The demand for validation, donations in the forms of subscription or membership, not to mention foundation funding are all funding motives that require the media to offer a political judgement regarding news, not news itself. This is money that pushes the media towards more politicization and, therefore, the entire media environment towards more polarization. This is why journalism mutates into postjournalism.

The funding model of the media has been reversed from advertising to reader revenue, and new factors impacting agenda-setting in the media have appeared. Therefore, the Herman-Chomsky Propaganda model should perhaps also be revised.

As the political, cultural and economic conditions for the media have changed, so has the Propaganda model. Not only have some filters changed their content, their imaginary ranking can also be arranged in a new way, too.

Thus, in the new technological and economic conditions, a revised list of the PM’s filters can appear as follows.

Under the impact of this post-Propaganda model, the news media now induce not amusement and entertainment but frustration and anger. They do not manufacture consent but rather sow discord and polarization.

This media effect is not originally politically motivated. It has emerged from the changed environmental settings – both technological and economic – of the news media industry.

Media business that mostly relies on ad revenue requires an audience that consists of happy and economically able consumers.

Media business that mostly relies on reader revenue requires an audience that consists of frustrated and politically strangulated citizens. The media not only address these audiences; they create and reproduce them.

More on the work of the mutated PM filters – reader revenue, grassroots flak, ideology of threat, sourcing, and ownership – in Postjournalism and the death of newspapers. The media after Trump: manufacturing anger and polarization.