The topics and discourses that do not support polarization will not circulate in the media for long or will be completely ignored. A chapter from “Postjournalism and the death of newspapers” (2020).

The polarization of stances requires the commonality of topics, in which the stances have to be polarized. In Swift’s Gulliver’s Travels (1726), the deadly clash within the great Lilliput nation was caused by irreconcilable discord regarding which end of an egg should be cracked before eating it. But what united them was the egg.

The classical political economy of the mass media focused on ownership concentration. What is more pertinent for the understanding of postjournalism is discourse concentration. 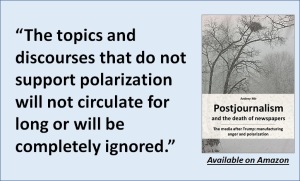 Media with more diverse local or non-political agendas cannot sustain an ability to survive, and they are dying out. The remaining media are those who accept the drift towards politicization promulgated by the donscription model. To adhere to the model, they need to polarize themselves and their audiences. As technical prerequisites for polarization, not only is a two-part environment needed, but also a common battleground wherein the opposing parties can clash. In order to fight, they simply need to come into contact within common topics.

Discourse concertation has become one of the factors of natural selection in the media market. Those media that join the dominant polarized discourses – join the common hype from the opposite sides of it – could also join the understandable and accepted-by-the-audience paradigm of donation soliciting; those who did not, were excluded. As the donation resources of the politicized public are quite limited, they were allocated to the several largest news organizations that were most successful in donscription (subscription solicited as donation). Only a few media orgs in the USA financially profited from the Trump bump. Discourse concentration results in media concentration almost as efficiently as the concentration of media ownership did.

The validation of significance by dissemination means justification by quantity: the hype is a virtual hive for social swarming. Sensationalism has long been a well-known feature of the mass media: big scoops come and go. The specificity of media polarization caused by the donscription business model is that it dis-incentivizes small topics that do not suit the general discourses with the most polarizing potential. Old sensationalism encouraged journalists to search for tips and scoops everywhere; donscription forces the media to focus on the most triggering political topics.

This is the difference between journalism and activism in the practice of news coverage: activism narrows the focus. And so does postjournalism: it narrows the field for searching for scoops to the most donatable causes. For the sake of soliciting a larger audience in the conditions of polarization, each news organization needs to join the general debate. Journalists then search for tips and scoops within a very limited number of polarization-tested narratives. They all stick to the same magnet of the day from its opposite poles. 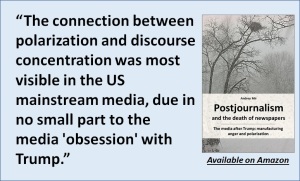 The connection between polarization and discourse concentration was most visible in the US mainstream media, due in no small part to the media “obsession”[1] with Trump. In this environment of mutually induced polarization with regard to Trump, there is but a narrow set of major topics circulated in any given period across all the media.

However, similar regularities should exist in any developed democracy at the same stage of media development. According to the concept of asymmetric polarization (Benkler, Faris & Roberts, 2018), the liberal and progressive pole of polarization is most likely to be presented by the mainstream old media, while the right conservative radical forces are most likely to be present in new media and on social media, and to a lesser extent on TV and radio.

The initial trigger and main topic supplier is always a figure on the right side of the political spectrum: Trump in the US, Bolsonaro in Brazil, Morrison in Australia, Modi in India, etc. (More rarely it can be a political party; the German AfD is an example). The same processes, with specific national political and media characteristics, can be observed in France, Hungary, Austria, Italy and even Sweden. A salient political figure (or a force) from the right throws into the fray some ideas or statements, which cause outrage in the mainstream media, who are predominantly liberal (due to their traditions, institutional establishment affiliations, personal education, social circles’, and affiliations with journalists and editors). In response, the critical attitude – liberal bias – of the mainstream media should cause a backlash in the conservative media and grassroots media platforms on the internet and social media.

The topics and discourses that do not support polarization will not circulate for long or will be completely ignored. All the energy potential of the media industry will focus on the topics that fit polarization. Neutrality is an unfit asset for the donscription business model, as it has no potency for triggering donations. The topics that provide polarization are promoted, while others are neglected. As a result, the diversity of coverage suffers, and marginal, local and positive news suffer; after all who can trigger polarization through positive news?

The media that struggle to stick with less polarized and more diverse coverage become disadvantaged and marginalized. Postjournalism downgrades the public service of the media to a mere propaganda service.

Discourse concentration is a technical prerequisite of media polarization which can also have a set of cultural and even psychological consequences. Apart from the reduction in coverage and the deterioration of public service, the media’s obsession with topics most suited to polarization leads to an emotional surge. When everybody runs one and the same story, every ensuing account has to be louder than the last in order to be heard. New and more radical arguments and statements need to be made. Discourse concentration contributes to hysteria, a devoted companion of polarization. 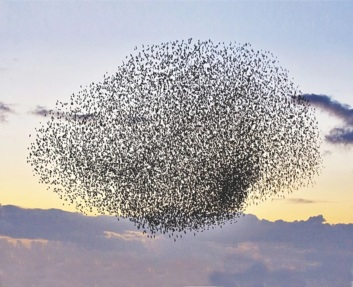 Lastly, discourse concentration herds all participants into a sort of format bubble. Locked in a restricted set of discourses, the meaning producers get trapped in self-absorption and are not capable of catching up with the changes in the media environment, particularly those that integrate new media technologies with new formats of meaning production. When the best minds and most gifted authors become obsessed with snapping at each other, they principally focus on achieving a stronger bite, tending to overlook the events and trends outside their coterie of vipers. They are too engrossed to notice if their rhetorical fight is resonating at all beyond the confines of their battles.

By the mid-2010s, shorter, faster and simpler forms of literacy in new media had gained sufficient critical mass to overthrow the political order of old establishments and prove the news media no longer in command of the political. As a significant part of news and ads left the media, so did politics – it started moving on to better platforms. 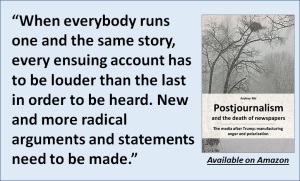 Now, new-new media have appeared that generally tend to be more sensorial and less literate. Classical political discourses appealed to those who were literate in the old Gutenberg sense: those who were able to read and write comparatively long linear narratives and understand the cultural codes behind letters. One needs to stop and sit to read journalism. There is no need to sit when diving into new media platforms. One can scroll TikTok on the go. TikTok, Telegram, Spotify, socially interactive videogames, and other platforms and messengers are creating a completely new environment capable of non-narrative, or even non-literate, meaning production and proliferation. Memes, gifs, vines, dance moves, and manifestative nicknames in games are becoming means of socializing.

New-new media are visual technically, but they induce an audile-tactile – a sensory perception, in the McLuhanesque sense. Unlike literate media that involved users in a cognitive connection with ideas and other people, new-new media are creating a panoramic-sensorial and therefore emotional perception of reality.

Those obsessed with a limited number of very energy-consuming discourses in a closed circuit of the classical format of meaning production may think they run the entire public sphere. And they do, considering the inherent authenticity of journalism to the public sphere. But social and political activity gradually emerges on alternative non-narrative platforms and in non-narrative formats. Discourse concentration for better polarization in the media leads to the dominance of some themes over others and also to a concentration on discursive formats of meaning production and blindness towards other, newly emerged formats. 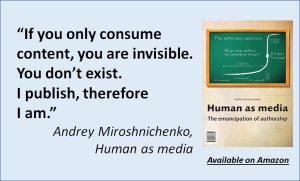 The new wave of social media formats, principally non-narrative and even non-literate ones, also represents a generational gap, where old discourses are, by and large, unable to penetrate these new-generation formats. Non-narrative meaning production will further empower both the radical right and the radical left, whose main characteristic will be neither ‘right’ nor ‘left’, but ‘radical’. They understand and accept neither the format nor the language that the old discourse-mongers believed to cover all political activity.

However much the old media may have boosted their polarized emotionality, they could never mimic the immediate emotionality of non-literate media, simply because of the innate limitations in the literate format of old media. In old media, polarization incites outrage, which contributes to the general emotional tone of society but without a significant impact on meanings’ turnover outside the media. Discourse concentration is accompanied by the cocooning of the political discourses within literate media formats. This makes discourse producers and consumers blind to what is going on in the alternative media formats of political manifestation, which are rapidly growing. Many shocks are yet to come.

“97% of the jokes Stephen Colbert and Jimmy Fallon told about the presidential candidates in September targeted President Trump, AP’s Dave Bauder writes from a study by George Mason University’s Center for Media and Public Affairs.

That’s 455 jokes about Trump, to 14 for Joe Biden. That doesn’t even count 64 jokes made about Trump’s family or administration.

“When Trump’s onstage, everyone else is blacked out,” said Robert Lichter, communications professor at George Mason.

Lichter, who has studied late-night humor and politics since 1992, said Republicans are usually targeted more than Democrats, but the difference has never been this stark.

The closest was the 2016 campaign, when Trump was the punchline for 78% of the jokes to Hillary Clinton’s 22%.” Axios.

Like Loading...
‹ The Trump bump in the news media: commodifighting Trump
Sourcing: news supply in the media. The switch from news to opinions and from bureaucrats to “experts” ›