Home › Decline of newspapers › The Quantum Theory of Mass Media (I). What is the unit of media consumption?

The Quantum Theory of Mass Media (I). What is the unit of media consumption?

Now, what is a quantum of mass media content?

The length of any piece of content gets shorter and shorter as the formats for delivering the content get cropped to satisfy the consumers’ ever-shrinking attention spans. But how small can the minimal unit of mass media consumption be?

In 2011, Demyan Kudryavtsev, then CEO of the major Russian business newspaper Kommersant, noted that “a quantum of media expression is no longer newspaper-issue large; it has shrunk down to an article.” Indeed, prior to the Internet Age, we consumed media content in the form of periodicals (or broadcasts). A newspaper, a magazine, or a TV program constituted a media consumption unit for a reason of obvious material nature: it was necessary to “pack” news into a newspaper or a TV/radio program for its delivery. That is how media brands appeared: the method of delivery used to shape the unit of media consumption has been commonly represented by means of a media brand (in the material form of a paper issue or a TV/radio program).

The internet has made it possible to distribute content in even smaller “packages” such as individual articles and video reports. As a result, the audience more often than not is consuming a story ripped out of a certain media outlet. Media content delivered in such a way increasingly loses association with its media brand due to the fact that it may be consumed on its own. Today’s quantization of media content, then, deprives media brands of the former significance of their packaging, thereby killing their commercial value. 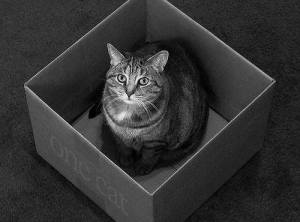 Kudryavtsev’s idea can be developed further. As social media, particularly Facebook, have gained momentum, the media quantum – i.e. the elementary particle of media consumption – has become even smaller. These days, an individual article is no longer the smallest unit of mass media consumption. It has been replaced by linked-to-article news teasers, which one typically finds in their news feed on social networks.

This creates a paradox that is interesting yet lethal for good old journalism. An editor seeks to lure the reader by making teasers attractive, loading them up with the most significant information, and all the juiciest bits from the original article. However, the more attractive the teaser, the more information it carries, and therefore the less the need for readers to actually follow the link and read the entire article on the media org’s website. Thus the teaser basically devours the original article. Aimed supposedly to just advertise the article, the teaser makes the reading of the actual article redundant, due to the simple fact that the teaser already contains everything of interest that the article has to offer. Consumers, in such a hurry, may often be satisfied with what they have already gotten from the teaser.

As a Facebook user, I have noticed the following: when something of relevance to me happens, my Facebook newsfeed gets flooded with all sorts of eye-catching news teasers. This clickbait can be prepared either by professional news editors or by amateur enthusiasts such as my friends who at times feel like sharing an article link with their own brief comments on what is most interesting to them, in the link. And quite often, teasers in my news feed turn out to be enough to keep me sufficiently informed.

I think that thorough research would show that a new media consumption standard is emerging: people with increasing frequency consume media content in the form of media teasers in news feeds, without reading the original articles on their websites.

The fact that the media content gets consumed in ever-smaller formats over time has a solid evolutionary logic to it. The function of journalism is to compress the infinite and chaotic picture of the world into a brief and digestible agenda of the day. A print newspaper was an early example of such data compression. Nowadays, the process continues, having been taken to a new level, thanks to the internet. The big picture around us is now being shrunken down into short news teasers crammed with information. The catch is that, while competing for audiences, the teasers do more than just announce the news; they actually deliver the news.

Legacy media keep doing their job of news compression, even better than before. If we put the business interests of media orgs aside, it must be said that agenda-refining media technologies have improved dramatically. But it’s no good news for the media business, as media outlets could end up falling victim to the social networks; by moving their products to the networks’ platforms in pursuit of the bigger audience, the publishers are losing both their content and their audience.

Interestingly, this quantization process takes place not only in textual media but in audio-visual ones, too. Statistically, the most consumed video format now is not full-length films or TV shows, but YouTube clips. Moreover, a smaller video format has emerged recently: the vine video, which is a several-second-long looping video clip.

See the ending: The Quantum Theory of Mass Media (II). Content: a shift from chunks to a flow.

P.S. When discussing this piece, Andrew McLuhan (thanks, Andrew!) reminded me a quote by Marshall McLuhan: “the future of the book is the blurb”. Yes, here is another good example of media quantization.

P.P.S. To (must) read more on the topic: The Atlantic: The Eternal Return of BuzzFeed. What the online juggernaut can learn from Time, USA Today, and MTV.

“””…(1920s) Time turned boring newspaper reporting into fun blurbs. In other words, it aggregated.
…(1980s) USA Today embraced a design standard that, in today’s terms, seems almost weblike: Its pages were dominated by charts, photos, and shorter blurbs of text.
… “Rival journalists, comparing the paper (USA Today) to fast-food merchandizing, dubbed it ‘McPaper’ and joked that it would someday win a prize for ‘best investigative paragraph.’ “””

P.P.P.S.Similar findings came from the study conducted by the Associated Press in 2008, “A new model for news – Studying the deep structure of young-adult news consumption“. In particular, “….Jack from Kansas City said that news [today] is not the full story, but more like a preview – it’s kind of annoying sometimes.”